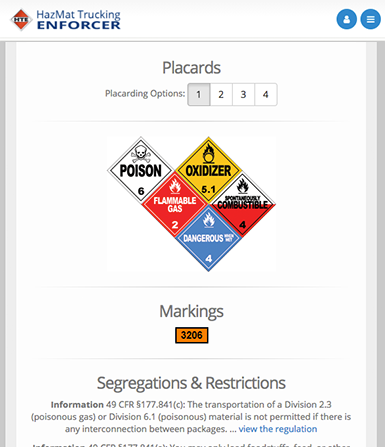 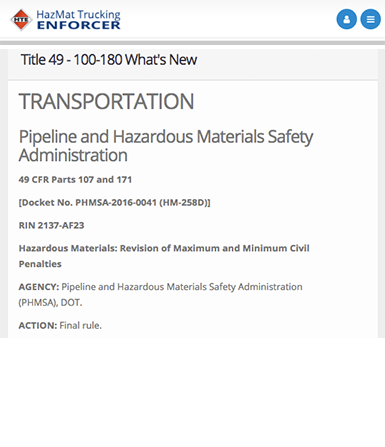 Request a Free Trial by clicking the button below.

If you have a referral code, you can enter it on the next page after requesting free trial.

HTEGo! is compatible with Android, iPhone and Windows Phone. Desktop versions of HTE available for Microsoft Windows environments only. 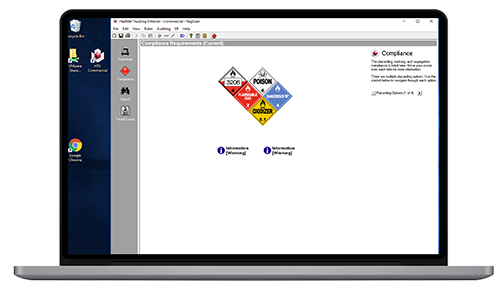 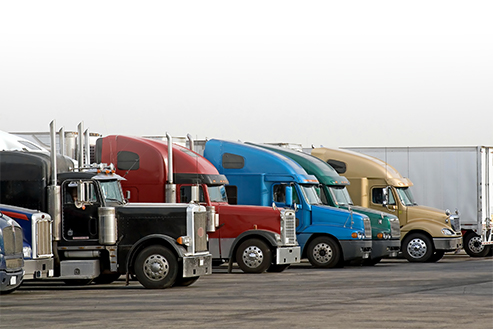 Why risk your ability to haul hazardous materials because your out of service rate is too high. As a safety professional, what can you do? The simple answer is to adopt the same enforcement tools that commercial vehicle inspectors use, HazMat Trucking Enforcer Commercial (HTEC)

HTEC provides instant access to both the current and voluntary regulations to help the dispatcher remove guesswork when running a placarding session. A RegScan sponsored study found that HTEC can help find up to 86% more violations, while spending 1/3 less time to perform each inspection

Using HazMat Trucking Enforcer Commercial saves time, since it is faster than looking up loads on charts and tables. Consistency improves because questions are not skipped, data entry is done the same by all employees, and steps are not missed in our streamlined work flow.

Each time new items are added to a load, the potential exists for new placarding or segregation errors. Eliminate these errors by providing Dispatchers access to HazMat Trucking Enforcer Commercial. Prior to adding items to a load recalculate the placarding and segregation options to uncover hidden conflicts.

All entry is based on the information required to be present on the shippers’ manifest, or, is directly observable from looking at the load. The design of HazMat Trucking Enforcer Commercial strives to minimize the amount of information that must be entered. When exceptions are allowed, questions are provided requesting information to confirm eligibility for that exemption. In situations where options, such as limited quantity, are not allowed, that option is grayed out.

Allows you to use as much or as little of HazMat Trucking Enforcer Commercial as you need. If all you need to do is confirm proper placarding, segregation, trailer markings, and shipping paper permits, then run placarding and shipping paper auditor. HTEC also allows you to audit/assess your truck more in detail with additional modules for motor cargo tank audits, labeling and packaging.

HTEC allows loads to be saved, so that when changes are needed minimal keying is required. To manage these saved loads, the saved load pane allows for a grid view. In the grid view, columns can be sorted in ascending or descending order to make finding loads faster. Once the load is found double-click on it to activate it. Deleting old loads is faster with a select, and click feature.

Saved loads can be exported and imported allowing you to e-mail loads to a central analysis point for review, checking, or archiving. The import and export functions are found on the file menu.

Transportation of hazardous materials regulated by the US Department of Transportation (US DOT) is as complex as ever. Industry can no longer treat hazmat fines as just a cost of doing business; fines have increased, media scrutiny of accidents and releases has become heightened, and terrorism concerns surround each shipment.

A RegScan sponsored study found that HTE can help find up to 86% more violations, while spending 1/3 less time to perform each inspection.

HTEI’s modules will tell the roadside inspector the proper segregation, truck markings, placarding and shipping paper formats for trucks hauling hazmat. This solution enables the inspector to save time and remove guesswork involved in Hazmat inspections. It also decreases inspector-training time and creates uniformity in the inspection procedures across your city or state all while keeping our roads and cities safe. 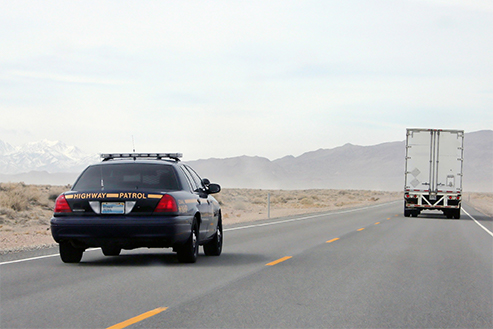 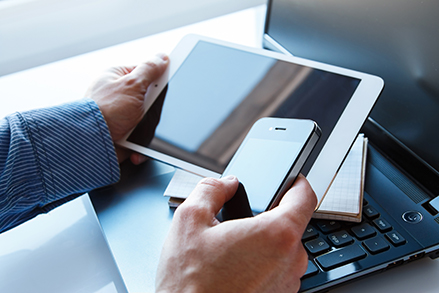 0 HazMat Shipments Contain Errors
The US DOT estimates that over 50% of all hazardous materials transportation or shipments contain errors.

0 Average Fine
Closed Enforcement Cases against Shippers has averaged over $16,000.

Some of the core HazMat Trucking Enforcer features with the HTE Engine that drives the compliance results.

The HTE engine is updated quarterly to ensure compliance in a changing regulatory climate.

Saved loads can be exported and imported between Desktop and Cloud applications, improving workflow and accessibility.

Choose from the default Mandatory ruleset to any available Voluntary rulesets available.

Additional options allow you to place
Orange Panel or ID onto placards.

HTE Supports the use of the
Dangerous placard.

Below are a few frequently asked questions about HazMat Trucking Enforcer products.

What are the system requirements to run HazMat Trucking Enforcer?

RegScan™ releases four quarterly updates to the HazMat Trucking Enforcer products. This includes improvements and regulatory modifications to the HTE Engine as well as any regulatory text updates. The HTE Engine output is based on the regulatory requirements at release time.

More questions or ready to speak with someone?

Downloads are available for install on Microsoft® Windows Operating Systems.

Please Contact Us for a demo or to get started with HTEGo!

We recommend you copy and paste your Registration Key in the below box, then press "Submit". Another screen will appear containing your authorization code. Copy this code and paste it back into the HTE desktop edition to complete the registration process.